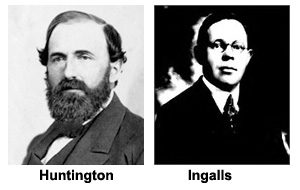 Robert Ingersoll Ingalls Sr. (1882-1951) built a blacksmith and forging business into Alabama’s Ingalls Iron Works. In 1938, he expanded into shipbuilding and established Ingalls Shipbuilding on the East Bank of the Pascagoula River in Mississippi.

Since their foundings, our shipyards have built more than 1,300 commercial and military ships.

The “Industries” in HII

Huntington Ingalls Industries is the nation’s largest military shipbuilder, and shipbuilding will remain our primary business. While we continue to build the finest ships at sea, we are also expanding into adjacent markets, including the energy industry, by leveraging our expertise in engineering, project management, site management, and heavy manufacturing and construction.